The 2017 Mathematics Research Communities (MRC) summer conferences were held in June at the Snowbird Resort in Utah. The three week-long conferences drew 125 early-career mathematicians. These conferences, funded in part by the National Science Foundation, are part of the AMS program that includes special sessions at the Joint Mathematics Meetings, a longitudinal study, and continued connections and collaborations.

“The strongest aspect of this conference is the clear intent to create a community. . . ."

Below is a peek at the June 2017 MRC community and the reactions of some who participated.

“The fact that we were able to get right to work on open problems was great. This workshop was also unique in that it was geared toward early-career people; it helped me feel like a real collaborator rather than the student along for the ride.” 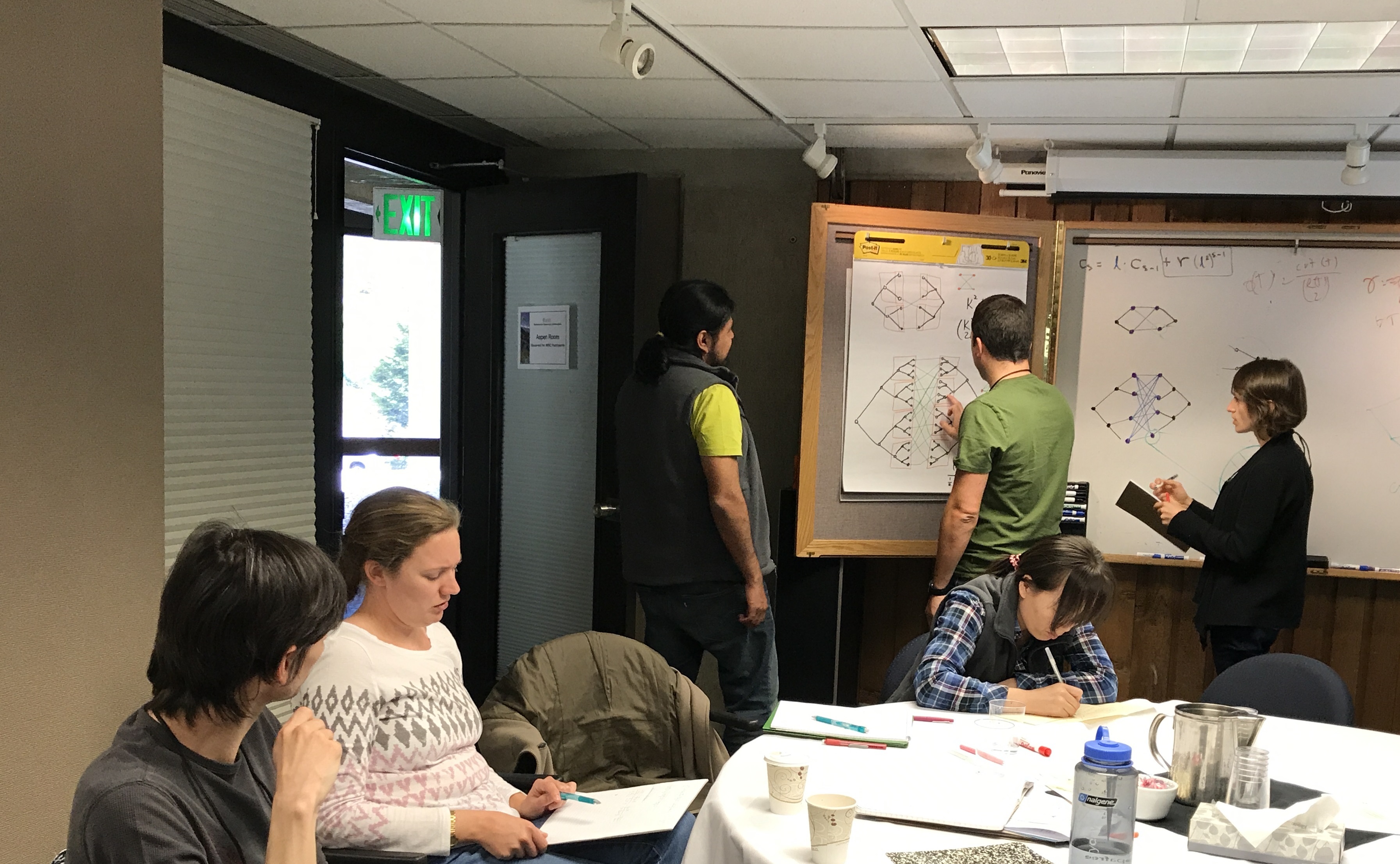 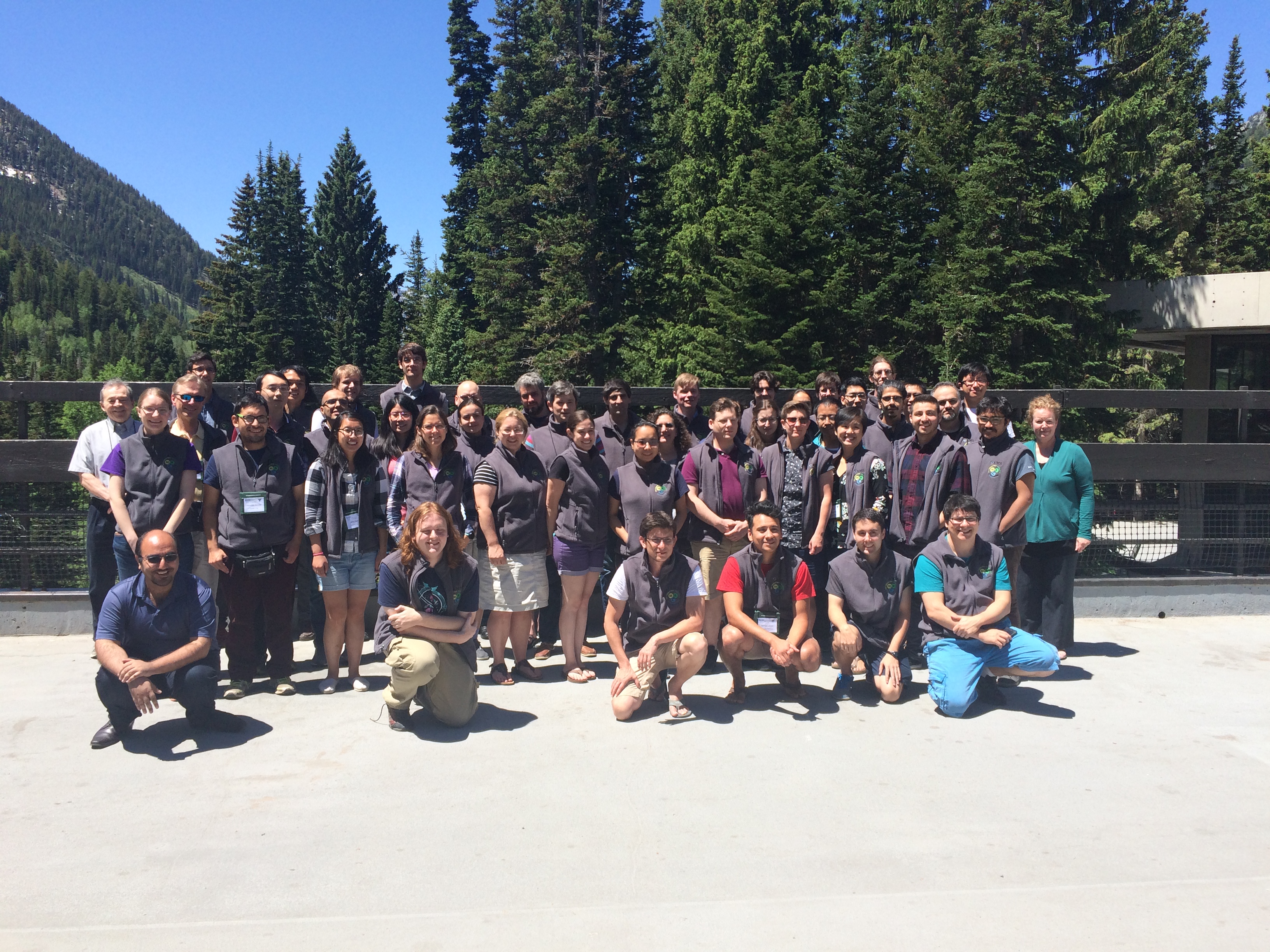 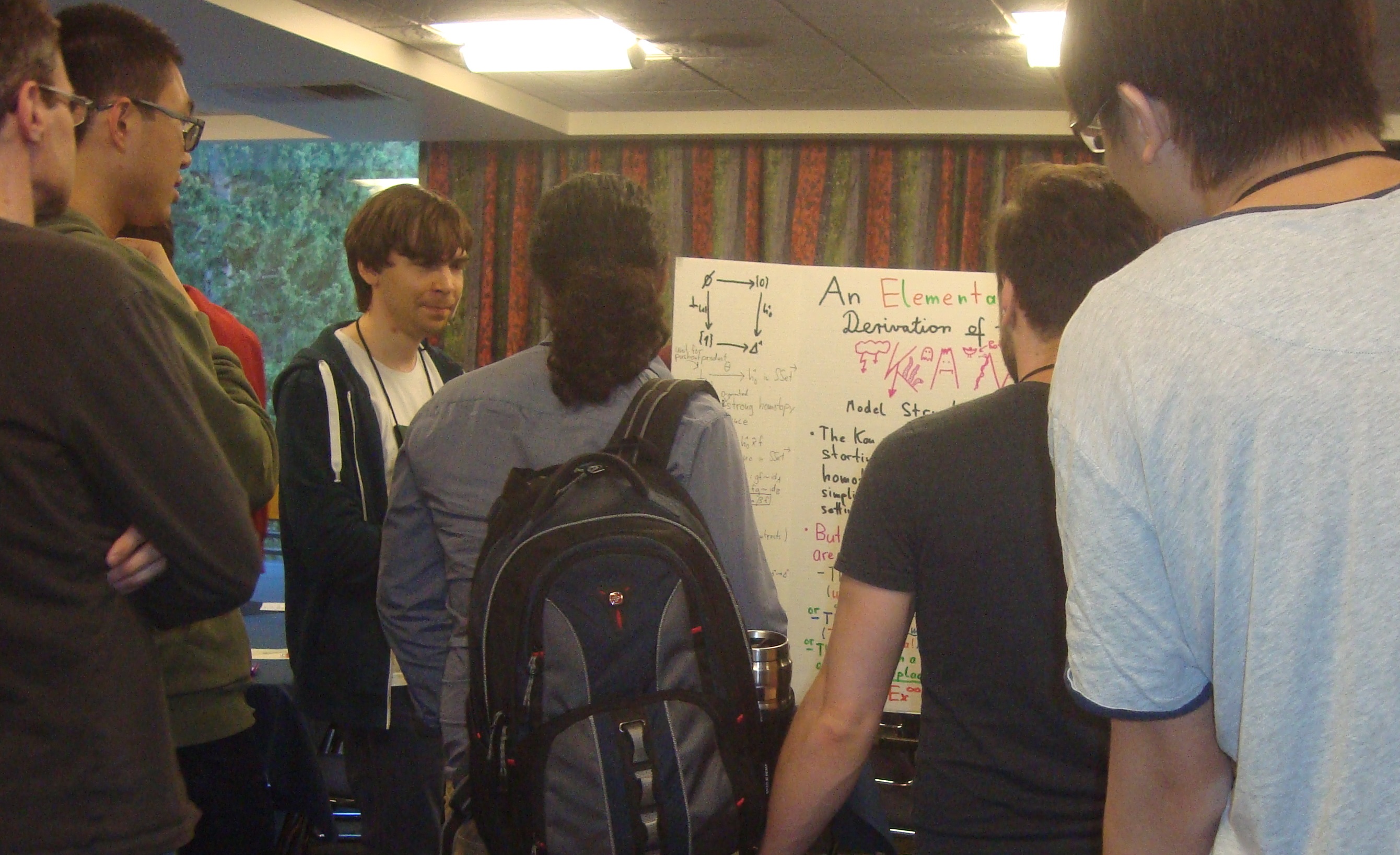 The workshop brought together advanced graduate students and postdocs having some background in one (or more) areas such as algebraic topology, category theory, mathematical logic, or computer science, with the goal of learning how these areas would come together in homotopy type theory, and working together to prove new results.

"Connecting with my peers and making progress towards new results. . .” was a highlight of the MRC for one participant.

When a non-planar graph is drawn in the plane, some edge crossings result. One may want to minimize the number of crossings under different definitions of drawing and different methods of counting them. Crossing numbers of graphs play an important role in areas ranging from the applied—such as VLSI design, graph visualization, coevolution—to the theoretical—such as incidence problems for points and curves, and other problems of discrete geometry. Tantalizing open problems abound, including the determination of the crossing number for large complete graphs. Crossing numbers are vigorously investigated by computer science and mathematics communities.

“Being able to meet/work with other passionate mathematicians."

Smooth dynamics, symbolic dynamics, and measurable dynamics are different branches of a single subject and each branch has its own questions and techniques. Many fundamental advances in the field have been made by understanding the relations among these branches.  This rich interplay among the smooth, symbolic, and measurable theories allowed exploration of questions of contemporary interest, including characterization of the space of invariant measures, statistical properties of distinguished invariant measures, and symbolic models for smooth systems.

“This is the first workshop I've attended where the majority of the time was dedicated to working (as opposed to listening to lectures). I found this format highly beneficial. My group will publish and I have other open questions and collaborators to work with.” 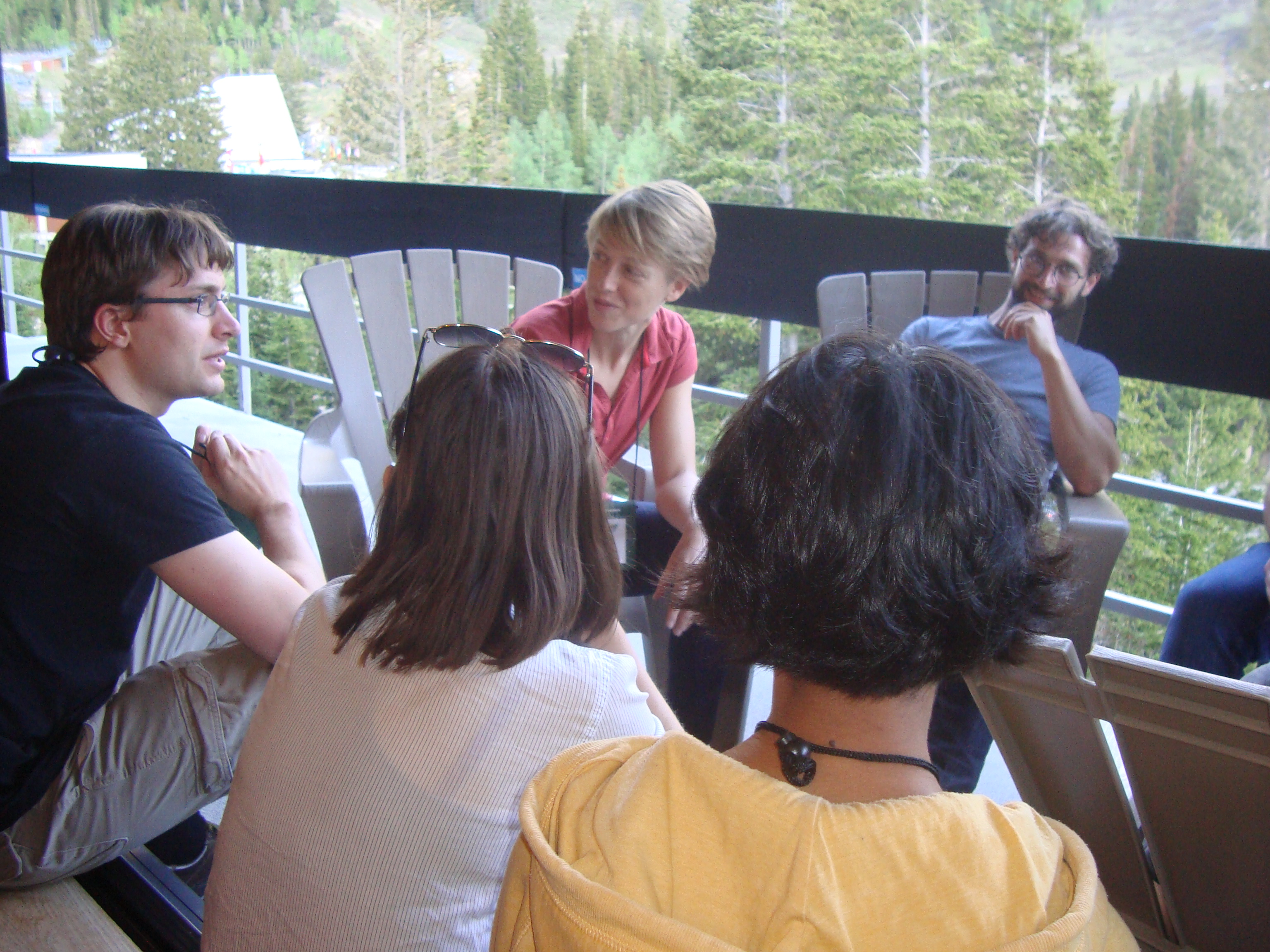 “One of my favorite conferences!”
The highlight of the conference for one participant “seeing people continuing to work in the hospitality lounge after all day of discussions.”

Over time, each participant is expected to provide feedback regarding career development and the impact of the MRC program.

Those accepted into this program receive support for the summer conference, and will be partially supported for their participation in the Joint Mathematics Meetings which follow in January.

"There was a higher level of collegiality at the MRC than at any other conference or workshop that I have attended. I felt that the size of the MRC was just right - small enough to ensure that no one person needed to feel left out but big enough to allow for a wide range of expertise and know-how across the discipline."

For information on the 2018 MRC sessions and how to apply.

Read about the 2016 Mathematics Research Communities and the MRC program.